Can you imagine meeting with your own eyes the great whales and their offspring? Would you like to see large animals teaching small ones how to jump out of the water? Or would you like to see dolphins playing with their presence in the water? All this and much more is what Marino Ballena National Park has to offer.

What can you find in this text?

The Uvita area really has a lot to offer and, despite a fairly well-developed tourist base, is not as popular as, for example, Manuel Antonio. However, it’s definitely worth venturing a little further south in Costa Rica and visiting this place. And in this write-up, we’ll show you why it’s worth it. If you haven’t planned to visit Uvita, you will definitely think about it after this reading.

Marino Ballena National Park is located on the west coast of Costa Rica, in Uvita. It stretches between Uvita Beach and Piñuela Beach. This national park, however, was not created to protect the beaches, but to protect the ocean and its inhabitants. Marino Ballena National Park is the first marine national park created in Costa Rica, and the first in all of Central America.

This national park has in its inland area the beaches of Uvita, Colonia, Arco, Ballena and Piñuela, while the marine area includes the rocks of Tres Hermanas, Isla Ballena and Cola de Ballena. This diversity makes the national park composed of different environments, such as cliffs, reefs, sandy beaches, rocky beaches, mangroves and jungle.

When was the national park in Uvita established?

The park was established in 1990 to protect the rich marine life off the Costa Ballena. It is an important area for humpback whales, false orcas and pilot whales, as it is a place where they like to give birth to their offspring. Marino Ballena protects a total of 5,510 hectares, of which 110 hectares are on land and the rest in the ocean.

How to get to the Marino Ballena National Park?

The entrance to the park is located in Uvita and you will find several signs directing you to the park along the way. You can also use navigation or just ask anyone on the street. Access to the park is convenient and wide, and does not require a 4WD car.

The main entrance to the national park is located in the village of Uvita. It is the most convenient and at the same time the closest to the “whale’s fin”. At the entrance you will find several guarded parking lots, a grocery store and several restaurants. Admission to the Marino Ballena park is paid and costs $6 per adult. Children and the elderly do not have to pay admission. The park is open from 8 in the morning until 6 in the evening. Remember that disposable containers are not allowed in the park, so it’s best to bring a reusable water bottle with you. It’s also always a good idea to check for up-to-date information on the park’s official website.

The tourist season here lasts practically all year round. The park is large, so even during peak season you won’t see crowds here. Of course, there are fewer tourists during the rainy season, but that doesn’t mean it’s not worth coming here. The rainy season is characterized by afternoon rainfall, while the morning and most of the day is bright and rain-free. The dry season and high tourist season begins here in December. It will also be dry and hot then. Perfect for swimming in the ocean!

Staying in a marine national park is already a great attraction. Sandy paradise beaches, coconut palms and warm ocean are a great way to spend a day off. While in Marino Ballena, you can admire many species of birds, lizards and other animals. If you would like to see what lies beneath the surface of the water, you can go on snorkeling, scuba diving or whale watching tours.

This is a huge rock sticking out of the water, which some people wrongly call an island. It is located about 2 kilometers off the coast and is a rock formation that is home to several species of birds and iguanas. There are coral reefs in its vicinity. It is a great place for snorkeling and scuba diving.

If you want to look under the surface of the water, a mask and snorkel will be a great idea. You can go snorkeling near the beach and see some really cool things. However, if you want to see more, you’ll need a boat to get to places inaccessible from the beach.

Our dive center offers snorkeling trips in Marino Ballena, during which you have the opportunity to see the most interesting places in the park. All under the watchful eye of an instructor. We provide all the necessary equipment, so you don’t have to worry about anything else. The price of the tour also includes the entrance ticket to the national park, as well as drinks and snacks. Could there be a better plan?

If you would like to go deeper underwater and get an even closer look at the underwater world, then scuba diving in Marino Ballena is for you. It doesn’t matter if you already have a diver’s license or not. Our instructor will take you to the best spots in Marino Ballena. We provide all the equipment, park entrance ticket, dive boat and of course the instructor’s care. Be sure to read our guide to scuba diving in Costa Rica.

The whale’s tail is a hallmark of this national park and the village of Uvita. Many local companies use this motif in their logos. And for good reason, because it’s a really great attraction, you can walk on the beach, which is only accessible for a few hours during the day. At low tide, the water recedes to reveal a magnificent formation of rocks and sand, which has been named Whale’s Tail, paying homage to the fact that this is the best place for humpback whale watching in Costa Rica.

What animals can be seen in the Marino Ballena?

There are plenty of animals in Marino Ballena Park. Some of the land animals include howler monkeys, capuchin monkeys and squirrel monkeys. There are sloths, raccoons, and you may even encounter a puma or ocelot here. Some of the more common bird species are white-tailed hawks, chestnut-backed toucan, keel-billed toucan, sea gulls, sandpipers and pelicans.

The area’s main attraction is marine mammals, including humpback whales, false killer whales and pilot whales. Common dolphins of the area include spotted, beluga, common and bottlenose dolphins. In addition, olive ridley turtles can be seen in the park’s waters, and occasionally the Pacific turtle or Tortoiseshell turtle. So you can always see something interesting here, especially if you enter the water with a mask and snorkel.

What should you keep in mind?

Remember that you are entering a park where the inhabitants are wild animals. Observe, take photos and enjoy their presence. However, don’t touch, feed or scare them. Also remember that the sun on the beach can be very strong, even if you think it is not. You need to protect yourself from sunburn and overheating. Use a good sunscreen and remember to wear a hat.

If you go into the water, be careful where you put your feet, as you may run into sharp stones that can injure your feet. Also remember that the tides can be very strong in this area. That’s why the “whale’s tail” attraction is only accessible for a few hours during the day, and then it is completely covered by water.

Of course, as in any other place in the world, use common sense. Don’t leave valuables in your car, even in a guarded parking lot, and when entering the water, properly secure your belongings that you leave on the beach.

Is it worth visiting Marino Ballena in Uvita?

Any national park in Costa Rica is definitely worth a visit, as each has something unique to offer. The highlight of the park in Uvita is undoubtedly the whales, which you can see with your own eyes. It is also a great place to spend time with family and children. If you have the opportunity, be sure to visit the Marino Ballena Park in Uvita.

Costa Rica is famous for its amazing flora and fauna, which is exactly why you want to come here. Would you miss the only national park where you can see whales, dolphins or turtles at your fingertips? Of course not! That’s why I consider including a visit to Marino Ballena National Park in your itinerary a must.

CHECK OUR TOURS IN MARINO BALLENA 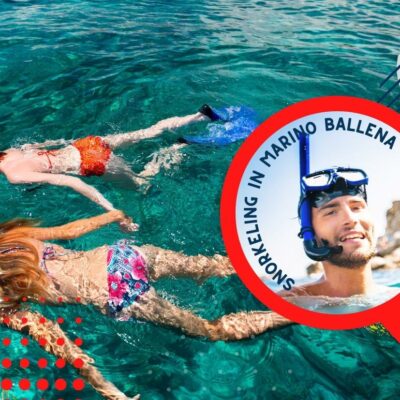 Snorkeling in Uvita – Great Snorkeling Tour for the Whole Family 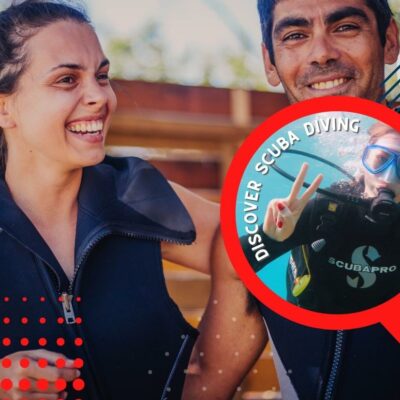 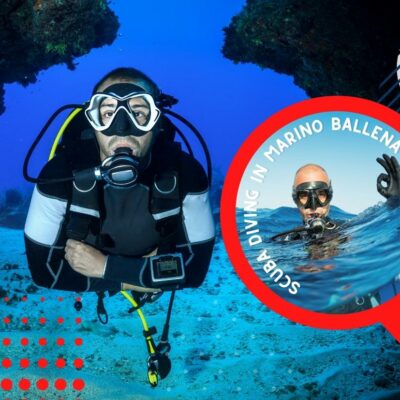 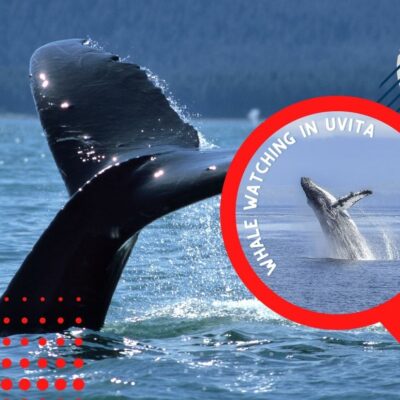