When planning a vacation, you are probably wondering what the travel requirements are for Costa Rica. Our travel guide will give you all the information you need abot this beautiful country and current travel requirements. Let’s get started!

Costa Rica is a country located in Central America that is one of the most naturally lush places in the world. It is because of this natural richness that many people dream of visiting Costa Rica. The country is very safe for tourists and relatively easy to travel around.

What can be found in this text?

We do business in Costa Rica and are residents of Costa Rica. Therefore, we know what the current requirements for travel to Costa Rica are and what to expect here. We have prepared this text not only for our clients, but for anyone who would like to learn more about this country and the rules of travel. You will find up-to-date information and good advice here.

Costa Rica is a small country, its total area is only 51100 km2. Costa Rica is located between the Pacific Ocean and the Caribbean Sea, and the distance between them is only 500 km. The country is known for its beaches, volcanoes and biodiversity. Roughly a quarter of Costa Rica is protected and full of wildlife. Many wonderful places have been protected as national parks or biological reserves, and many islands are also protected by law to ensure they remain pristine for future generations. One such beautiful place worth visiting is Isla del Cano.

Where Costa Rica is located?

If you’re wondering where Costa Rica is located, the simplest answer is right in the middle between the Americas. Costa Rica is adjacent to two countries. To the north is Nicaragua and to the south is Panama. On the eastern side is the Caribbean Sea and on the western side is the Pacific Ocean. The length of the coast on the Caribbean side is 255 km and the length of the Pacific coast is 1003 km. Both coasts have plenty of beautiful beaches and lush vegetation. This is where Costa Rica is located.

What are the requirements for travel to Costa Rica?

Costa Rica travel requirements are fairly clear and easy to meet. You do not need a visa to enter the country and all you need to have is a current passport. You will receive a stamp authorizing your entry. An entry permit to Costa Rica is issued for up to 90 days. In addition, Costa Rica’s entry requirements also require that you carry a ticket proving that you will leave the country within 90 days.

What is the best currency to use in Costa Rica?

Costa Rica has a local currency called “colon”. You can exchange it at a bank or at the airport. If you don’t want to exchange currency, you can also pay with US dollars, which are easily accepted in most places. Unfortunately, the exchange rate changes dynamically and it is difficult to predict how it will change during your stay. Therefore, when you ask yourself what is the best currency to use in Costa Rica, the answer will probably be the U.S. dollar though.

Almost all credit cards are accepted in Costa Rica without much trouble. The exception is the American Express credit card, which is only accepted in some places, so make sure you also have a Visa or Mastercard.

Should I use cash in Costa Rica?

As you already know, credit cards are accepted in Costa Rica, but having cash will be a good idea. Especially in more remote areas where there is no cell phone coverage, paying with a card may not be possible. Also keep in mind that ATMs will not be available everywhere, so make sure you have cash. US dollars will probably be accepted everywhere, but it’s a good idea to have local currency to pay for a bus or park ticket, for example.

Costa Rica’s climate varies greatly depending on its location and altitude. There are as many as 12 climate zones in this small country. If you thought Costa Rica was all about tropical heat, you were wrong.

You can definitely find places where it can get cold! Costa Rica is located in an extremely humid equatorial climate zone. The mountains of Costa Rica have a humid equatorial climate. Due to the mild climate conditions in the interior of the country, it is called the “land of eternal spring”. This climate is heavily influenced by the oceans and winds that carry ocean moisture. This moisture condenses in the mountains in the central part of the country, where beautiful rivers flow down to the coast.

When is the best weather in Costa Rica?

This peak tourist season offers plenty of sunshine, making it the perfect time to explore the rainforest and lounge on the beaches. So if you’re looking for hot sun, the question of when is the best weather in Costa Rica will be answered right during the dry season.

What is the best time to go to Costa Rica?

You already know when the best weather is in Costa Rica, but does that mean you can’t come at other times? On the contrary. Depending on your destination and vacation, the rainy season might even be a better idea. Costa Rica offers a lot of activities all year round, so the best time to come to Costa Rica is anytime.

What is the temperature in Costa Rica?

Is Costa Rica safe to visit?

Definitely yes! Costa Rica is very safe and easy to travel. Costa Rica is said to be the Switzerland of Central America and one of the safest countries to travel. Costa Rica is so safe that it doesn’t even have its own army, only a police force. Of course, like anywhere else in the world, you should take standard security measures and not flaunt your money. However, even if some unpleasantness happens to you, you will end up with pickpocketing or car break-in. People are not killed in Costa Rica… and certainly not tourists!

Don’t leave things in your car when you go sightseeing or sunbathing on the beach, and don’t carry a lot of cash, which can be a greedy morsel for pickpockets. Other than that, enjoy the weather and nature.

What is the history of Costa Rica?

The country was discovered for Europeans by Christopher Columbus in 1502 during his fourth expedition to America. His ship reached the coast of the Caribbean Sea, near the present-day city of Limón. Columbus, amazed by the richness of the vegetation and the abundance of jewelry and gold ornaments worn by the natives, called this land “the rich coast.”

In 1989, the country celebrated 100 years of democracy. In 1948, the army was abolished with the drafting of a new constitution and Costa Rica is still a country without an army. Yet there are no political or social concerns that keep the country unstable.

Costa Rica is world-renowned for its natural beauty and immense biodiversity. In recent decades, tourism has become one of the important sources of income for its people. It is the country with the largest number of national parks and protected areas in the world. The country has much to protect as it is home to as much as 5% of the world’s biodiversity.

The flora of Costa Rica

It is a fact that the country has the highest plant diversity in the world. Due to the high diversity of habitats and ecosystems, almost 30% of the areas are protected, such as national parks, biological reserves, wetlands and forest reserves.

As a result, you can find many aquatic and terrestrial plants, flowers and other plant species that are unique in the world. Watching these plants is not only an attraction for tourists, but even experienced biologists may be surprised.

Of course, protected areas are not only forests, but also many other interesting places. You can find islands, mountain rivers, beautiful lakes, active volcanoes and high mountains. There are also coral reefs, hot springs and caves. Costa Rica also has several wetlands of global importance that are classified as RAMSAR. On the border with Panama is the La Amistad Biosphere Reserve.

This area is one of the most important biological corridors between the north and south of the American continent. The wetlands are also a world heritage site for all endemic species of flora and fauna. In Costa Rica, 9,000 species of flowers have been found, representing 5% of all species in the world.

The fauna of Costa Rica

The mammals include monkeys, sloths, aguti and other large animals. Costa Rica is a true paradise for bird lovers. Here you can meet many species of parrots, toucans, hummingbirds, buzzards, herons and pelicans. Among amphibians and reptiles, the most common species are crocodiles, alligators, geckos and frogs.

The country is also a place where several species of turtles lay their eggs, which is an interesting tourist attraction. As many as 100 species of snakes can also be found here. Most of them are not dangerous to humans.

The big attraction is the period when you can see whales. Every year these large animals migrate from the cold waters of Alaska to Costa Rica. It is here that they give birth to babies, and meeting them is a great tourist attraction.

All in all, this country is one of the best places on earth to explore wildlife. The high concentration of species in a relatively small area is a great way to experience true nature.

Costa Ricans are known as “ticos”. This name comes from their habit of using diminutive names such as “momentico”. Tico are peace lovers and are very hospitable to guests. If you can earn their trust, you will make good friends. 88% of the country’s population professes the Catholic faith. The remaining percentage consists of Protestants, Jews, and followers of other religions. Spanish is the official language, but many people speak English.

In August 1959, President Mario Echandi Jiménez announced that the Guanacaste tree would be the national tree of Costa Rica. This species was chosen as a tribute to the province of Guanacaste and its attachment to Costa Rica. These trees also provide ample shade, which symbolizes the protection the country provides to its citizens.

Costa Rica also has its national bird species, which is the Yigüirro. Its singing heralds the arrival of rain.

The cart was declared the national symbol of labor in 1988. In the last century, the cart was the most commonly used mode of transportation because it was the only one that allowed people to travel on the roads in terrible condition. Today, the colorful car is a national symbol and this graphic element is often used.

Costa Rica is a great choice for a vacation, no matter the season. The people you’ll meet here will be friendly, and the country is safe and easy to travel to. What more could you want? Costa Rica is a unique country that attracts many tourists each year. There is so much to do in such a small country! If one of the activities that interests you is scuba diving in Costa Rica, then you have come to the right place! At our center, every client is treated like a VIP. We are happy to help you organize your trip and answer all your questions. Feel free to contact us.

Check out our day trips with Uvita 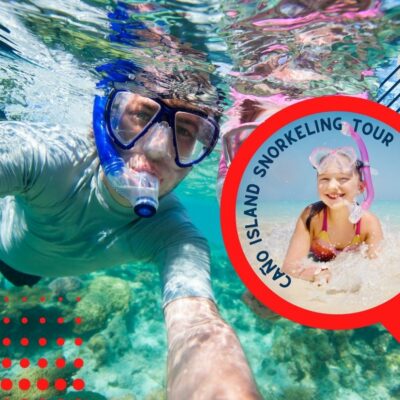 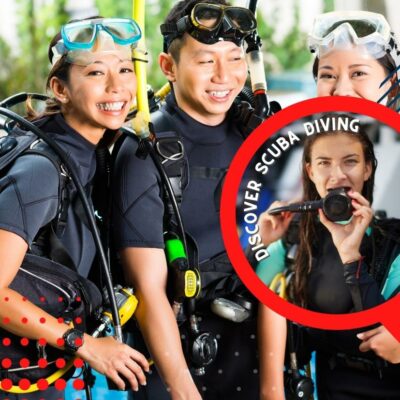 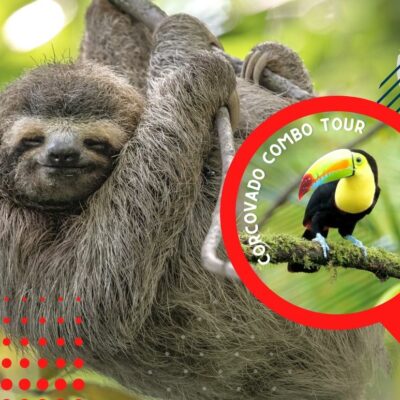