What is a Nitrox? ⋆ All About the Enriched Air

Are you wondering what nitrox is? You may have heard the word or already know what enriched air is. Today we will tell you about this type of diving gas and the rules you need to know. We will also answer the most important question. Is it worth taking a nitrox course?

The enriched air course is a so-called specialty course in diving. In other words, it is a course that is not mandatory in a diver’s development and you do not have to do it at all. At the same time, it is the most commonly taken diving specialization! So what magic is involved with nitrox? Let’s see!

What is a nitrox?

Nitrox, also known as enriched air or oxygen-enriched air, is a type of breathing gas used by divers. It is a mixture of oxygen and nitrogen, with a higher proportion of oxygen than in regular air. Nitrox is commonly used in scuba diving because it allows divers to stay underwater for longer periods of time and reduces the risk of decompression sickness, also known as “the bends.”

The most common type of nitrox used in diving is called EANx, or Enriched Air Nitrox, which contains anywhere from 21% to 40% oxygen. This is the range that is considered safe for recreational diving, and is the most commonly used for this purpose. Higher percentages of oxygen, such as those found in medical-grade oxygen, are not suitable for recreational diving because they can cause oxygen toxicity.

What gives us the use of Enriched Air?

One of the main benefits of using nitrox for diving is that it allows divers to extend their bottom time. When a diver breathes regular air, their body absorbs nitrogen from the air they inhale. This nitrogen is dissolved in the blood and tissues, and it is slowly released back into the lungs as the diver ascends to the surface. If the diver stays underwater for too long, the nitrogen can build up in the blood and tissues, leading to decompression sickness.

However, with nitrox, the higher proportion of oxygen means that the diver’s body absorbs less nitrogen, which reduces the risk of decompression sickness. This allows the diver to stay underwater for longer periods of time without the need for decompression stops.

Another benefit of nitrox is that it can improve the diver’s overall level of comfort and safety. Because nitrox has a higher concentration of oxygen, it allows the diver to breathe more easily and reduce the feeling of breathlessness. This can be especially helpful for divers who have difficulty breathing due to a medical condition or age-related factors.

In order to use nitrox for diving, a diver must first complete a specialized training course. This course will teach the diver how to properly mix and use nitrox, as well as how to check the oxygen concentration of the gas using a device called an oxygen analyzer. The diver must also have the appropriate equipment, such as a dive computer that is capable of calculating nitrox dives, and a nitrox-compatible scuba tank and regulator.

Safety when diving with nitrox

While nitrox is generally considered safe for recreational diving, there are some risks and precautions that divers should be aware of. One of the main risks is oxygen toxicity, which can occur when the diver breathes in a high concentration of oxygen. Symptoms of oxygen toxicity include dizziness, nausea, and convulsions, and it can be potentially fatal if not treated promptly. For this reason, it is important for divers to carefully monitor the oxygen concentration of their nitrox and to avoid using gas mixes that contain more than 40% oxygen.

Marking on the tank with nitrox

As I mentioned, the use of nitrox must be preceded by a proper course and understanding of the rules. Using a mixture with increased oxygen, can be potentially dangerous. So, for your safety and to minimize possible confusion, the enriched air tank must be properly labeled.

In fact, any tank that contains anything other than plain air must be properly labeled. This is especially important during technical dives and when recreational divers meet technical divers on the same boat. A mistake can be very serious. So how do we label nitrox cylinders?

What information must be on a nitrox tank?

Each dive tank that is filled with enriched air should contain the following information:

As you can see, it is mandatory to sign the tank with the name of the person who will dive with this tank. This is very important because each diver is responsible for analyzing the gas in the tank. What we teach in the Enriched Air Nitrox course is, among other things, to make a correct analysis of the mixture.

For this purpose there is an oxygen analyzer, which is able to give the exact percentage of oxygen in the analyzed gas. It is worth noting that it is mandatory for every diver to perform a gas analysis before starting each dive. Remember – you are responsible for your safety. No one else is.

What is MOD – Maximum Operating Depth?

MOD or the Maximum Operating Depth. This is the maximum depth allowed for a given breathing mixture. MOD determines the depth in meters or feet for which the oxygen partial pressure reaches the maximum allowable value.

The MOD can be calculated using the following formula:

FO2 – percentage of oxygen in the mixture

When calculating MOD, always use a value lower than the allowable value. The higher value of 1.6 ATA is used in emergency situations or during decompression stops. After calculating MOD for different gases, it can be seen that the higher the oxygen content in the breathing mixture, the lower the maximum depth.

What kind of nitrox can I use for diving?

According to PADI standards, the maximum oxygen content in the breathing mixture must not exceed 40%. This is the limit that applies to recreational divers. Enriched air diving qualifications can be obtained on the PADI Enriched Air Nitrox diving course. You can do this course in one or two days.

Upon its completion, you will receive a nitrox diver’s license. With this license you can use enriched air with an oxygen content in the range of 22% – 40%. In practice, however, you will most often use EAN32 and EAN36.

I have already mentioned that nitrox 32% and 36% is the most popular gas among recreational divers. I think this popularity is largely due to both its availability at dive centers and its affordability.

The use of enriched air allows you to increase your dive time, but at the same time limits the maximum depth at which you can dive. Remember the general rule – the higher the oxygen content, the lower the maximum depth. This can be clearly seen in this table, where the maximum depth for different types of gases is given:

As a recreational diver, you will use enriched air according to what you have learned in the course. However, it is worth mentioning that these are not all nitrox mixtures used in diving. We can distinguish several types of enriched air:

This text is a bit more technical and more detailed, but I hope it explained to you what enriched air is. Is it worth doing a specialization in nitrox? Definitely yes, and let me give you a simple example. Imagine you go diving in one of the best places in the world. Would you like to stay underwater as long as possible? Of course you would! And that is exactly what nitrox diving will enable you to do. 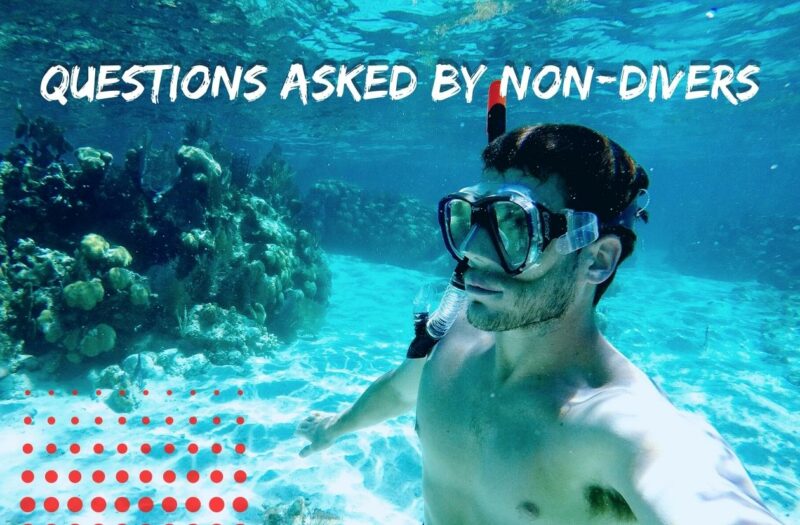 7 Most frequently asked questions by non-divers 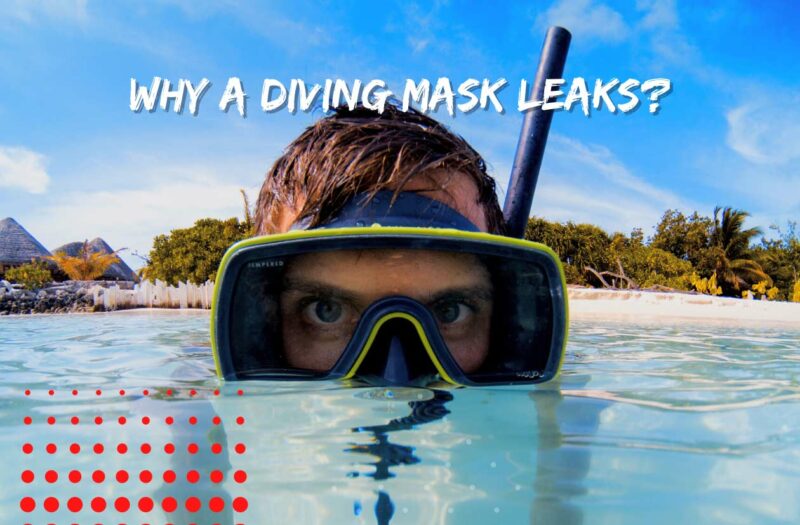 4 Reasons for Leaking Dive Mask and How to Prevent it

PADI Course – How to Become a PADI Scuba Diver 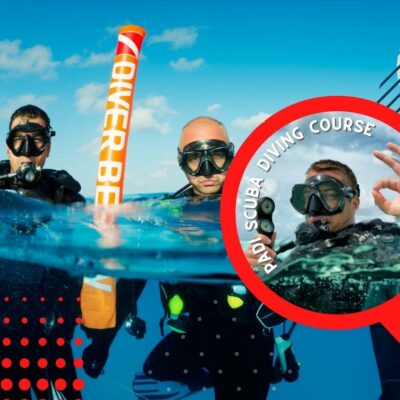 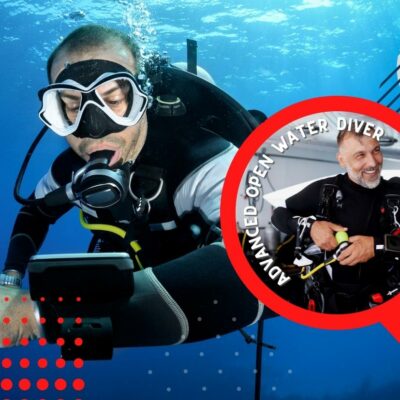 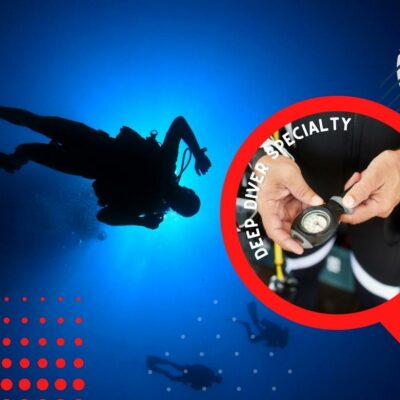 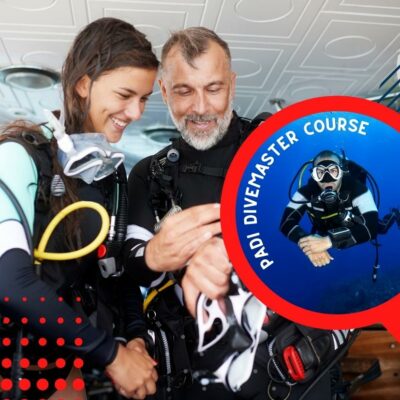